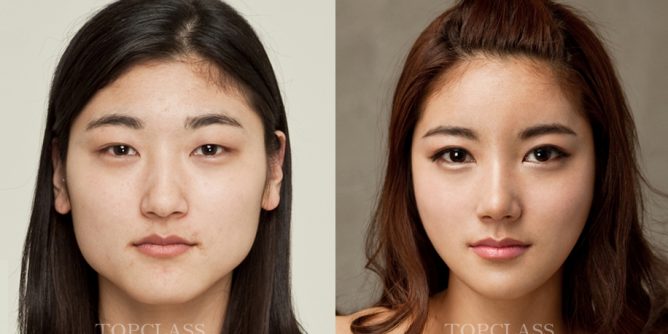 Over the course of human evolution, the definition of “beauty” has undergone numerous facelifts (literally!). V-Line surgery (despite the cost) is no different. Many who want to undergo the operation wonder how much V-Line surgery really costs. Every year millions of people around the world go under the knife to manipulate their physical appearance in one form or the other.

In fact, according to the American Society of Plastic Surgeons, a staggering number of 17.7 million people went through with cosmetic surgery in 2018 alone. The findings also show that the number of people opting for such procedures shows a consistent increasing pattern. What’s more, mindboggling is the amount of money people spend on cosmetic surgeries. As per The American Society of Plastic Surgeons, in 2018 alone, Americans spent an estimated $16.5 Billion on such surgical procedures.

V-Line surgery is one of the modern body altering procedures that have gained significant popularity over the years. Initially, it was popular only in East Asian countries, especially in South Korea. But over the years, the procedure is gaining ground in different Western countries as well. So, what exactly is V-Line surgery, and how much does a typical v-line surgery cost?

What is V-Line Surgery?

One of the most accepted perceptions of a good looking face (for men) is an angular, square dimension. According to many cultures, such specific face feature implicates masculinity, strength, and makes a man appear intimidating as well.

An ideal face structure of a woman, on the other hand, is a slim, symmetrical with a prominent V-shaped jawline. Korean beauty standards and culture, in specific, believes that such a face dimension makes a woman look elegant, youthful, and more beautiful (obviously).

And that is precisely what a V-Line Surgery enables women to achieve. A V-Line surgery is a specific type of cosmetic procedure that is performed to alter the shape and size of the jawline and chin to make them more elegant and streamlined.

Initially, the procedure was known as Asian V-Line Surgery due to its booming popularity in the region. A V-line surgery also qualifies as a high-level procedure since the surgery is conducted near the neck’s nervous system.

Who Are The People That Require this type of Surgery?

As stated above, V-line surgery is a high-level cosmetic procedure. Hence, if not done right, it can potentially affect the nerve system. A V-Line surgery is, therefore, typically recommended only for people who might have undergone major accidents or trauma.

However, over the last few decades, the procedure has gained a massive following for its beauty enrichment properties. Thus, v-line surgery is also considered a viable procedure option for people who have –

How Much Does a V-Line Surgery Cost?

The most common question that most people ask is, how much does a v-line surgery cost? After all, cosmetic surgeries are not known to be pocket-friendly. In general, the cost of a v-line surgery depends on a number of factors.

If you want of how much a typical v-line surgery costs, its costs vary from $5500 to $10000. This price, however, is applicable mainly for the South Korean market. The price can increase by up to as high as 4-5 times in other western regions.

So, what are the factors that the v-line surgery cost depends on?

As stated above, the cost of a v-line surgery in western countries varies significantly when compared to that in South Korea. This is primarily because of how common cosmetic surgeries are in Korea. The country is popularly known as the global plastic surgery capital, with an estimation of around 500 Aesthetic centers in Gangnam alone.

Due to such booming cosmetic surgery culture, it makes Korea an extremely competitive market, which results in lower prices.Outside Korea or any other Asian country, the price takes a considerable bump due to limited surgeons performing such procedures.

It may not be true for every case, but some clinics charge differently for locals and foreigners. This is especially true in Korea. And, before you can scream the racist remark, here’s why.

First of all, it is a solid business model to offer cheaper rates to locals, so they can keep coming for more services in the future. It is more like building a strong and reliable customer base to ensure consistent future investment.

After all, it is much easier to build a good customer foundation even if it means taking some losses initially, instead of searching for new clients every time.

A foreigner, on the other hand, is a one-time investment. The chances of them coming back to utilize your services regularly are extremely slim due to the vast geographical gap. In brief, locals pose a higher future investment value, whereas foreigners do not.

As such, a v-line surgery cost for locals is generally lower for locals as compared to a foreigner.

People choose to undertake a v-line surgery for a wide array of reasons relating to the shape and size of their jawline, chin, and mandible bone. Depending on the complexity of one’s surgical needs, a surgeon chooses the best technique to achieve the ideal result.

Some techniques are harder than others. Thus, a v-line surgery cost is affected by the complexity of the surgical technique.

There are five main types of v-line surgery procedures –

Apart from the factors stated above, a v-line surgery cost can also depend on several intricate factors such as the number of operations, and the type of material used as well.

Once confined only to some specific Asian regions, V-Line surgery is breaking boundaries and is becoming extremely popular in western countries as well. However, a v-line surgery cost is something that most people are genuinely concerned about.

While finding a cheap v-line surgery is important, it is also vital to remember that cost should not be your primary focal point. After all, it is a highly sensitive cosmetic surgery procedure. And, in such cases, the cheapest preference may not always be the best or even the safest option.