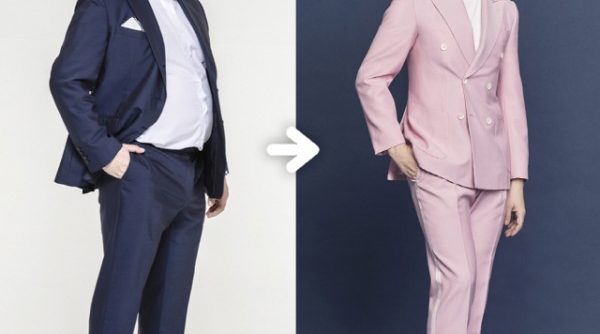 Seoul, South Korea is now known as the unofficial plastic surgery capital. Around the world, cosmetic surgery is recognized as socially-deplorable, human-made beauty, and artificial, but the Korean industry of Celebrity Entertainments has brought an impact on the world of cosmetic surgery.

The Korean Wave known as “Hallyu” has rapidly spread across the entire globe and brought new knowledge and values concerning the acceptability of the cosmetic surgery about what is accepted, what is considered aesthetic, ethereal and desirable to the public eye. And now the major export for Korea is Cosmetic Surgery. Korean celebrities promote this industry simply by shaping and changing their appearance through these operations.

Before the celebrity interviews, red carpet events, mama awards, world tours, concerts, music videos, and music shows, the Korean celebrities’ icons, actresses, actors, and idols were just like us. They are merely ordinary and regular just like us. However, with the touch of the makeup artists and works of the greatest cosmetic surgeons, these celebrities were able to magically step up from the social ladder and climb on the topmost summit. They were able to assertively stand out from the crowd and feel confident in their skin.

Korea had already reached the peak of a generation where cosmetic enhancements and plastic surgeries have become as normal as eating, and the nation had become officially obsessed with cosmetic surgeries due it’s music scene and exposure to television to appear much pleasing to the public eye. Just like the West, plastic surgery is very common among celebrities.

Most Korean Women who have gone under the knife are recognized as “Gangnam Beauty” or typical urban beauty to meet the high Korean beauty standards. There is even an “Improvement Quarter” in the city, where over hundreds of clinics were placed within a mile. Some clinics occupy as many as fifteen floors and are packed into tall concrete buildings that have vertical and horizontal digital signs hanged on the buildings. The ads include several names of the clinics such as Aesthetic Plastic Surgery, Center for Human Appearance, Small face, Magic Nose, Before and After clinics that offer ranges of procedures at surprisingly affordable prices.

The Number of celebrities and rising stars who underwent cosmetic is rapidly increasing. Here are some celebs who revealed their physical alterations bravely in public.

Super Junior was once the leading Boy Group in South Korea and has become popular across the entire globe, and it is rumored that a member of the said group has had plastic surgery before.

Shindong is known as the most playful and has a nice personality, and he admitted that he had plastic surgery before. Unlike his other band members, he has a rounded and lumpy body, and the rumor about his plastic surgery has been confirmed by Shindong himself that he had his eyelid done and he has no regrets with the surgery. Sometimes, a rounded body may be associated with gynecomastia.

Kara, former member Goo Hara, had openly admitted that she underwent cosmetic surgery. She said that her double eyelids were natural, but her agency suggested to fix it a little, so she did do her eyelids to make it appear more defined, her management agency also suggested to receive a shot for her noses, inject fillers and had braces for her teeth, she also had her jaw lifted. And now she’s been confidently showcasing her doll-like features to the television.

JooE of Momoland admitted that she had a nose job. She confessed that she used her ear cartilage to heighten and enhance her nose. She was disappointed with the outcome because you can’t tell the difference. However, she confessed one funny incident wherein her agency suggested her to fix her nose which she already did. She never admitted it first before her debut because she was afraid to fail the audition.

Nam JooHyuk is a South Korean model. He became extremely popular amongst his peers and teenagers because of his good looks and height. He started as a model. There have been rumors spreading about him altering his physical aspects. However, the actor has never admitted to having work done in his face except for the fact that he had his teeth aligned with denture braces.

The badass rapper Jessi  Jung admitted to having few cosmetic procedures done to her nose and eyes, which was recommended by her agency but she was so disappointed upon the results however she cooly admitted her double eyelid surgery and nose enhancement to a popular reality show.

Heechul is known for his natural good looks due to good genes. However, he admitted that he had his nose done in the past due to medical reasons, he had said that his nose got broken in an accident and he wants to get it done again because it got lower than before.

The After School former member, Uee, admitted that she had gone under a knife. She confessed that she had work done in her eyes since they used to appear small and narrow. But now, they looked open and much wider than before. There are also some rumors that she had her face done since her face used to be rounder. But now, her face is much smaller, and her jawline is V-shaped.

He became popular when he got the lead role in “I’m not a robot,” he is also known for his natural looks however he had his teeth straightened with braces, and his smile became a lot attractive than before.

Jung ChaeYeon of DIA shyly admitted her physical alterations she stated that she used to be fat weighing 64 kilos and now she’s 48 kilos, although her double eyelids were natural she fully admitted that she had her nose done before. By Korean beauty standards, you must weigh under 50kg to be considered beautiful.

Kim Ye Won a former member of Jewelry admitted that she had her nose done a little and she’s planning getting more done in her nose in the future, she coolly admitted it in a fortune teller who was shown in an episode in MBC’s reality show segment called We Got Married. It completely surprised her partner Henry. She also had her ear done.